How to get the text print settings I expect

(or, how to get the font size I wanted)

Here's a problem you may not run into if you imported a configuration from a previous version of RPM, or if you go right to a standard report format by specifying lines per inch and characters per inch.

The problem some run into is that changing the font size doesn't work the way they expect, that is, it has no effect. We're going to walk through that here.

We'll start with the Text Markup dialog. Here is the dialog with the defaults: 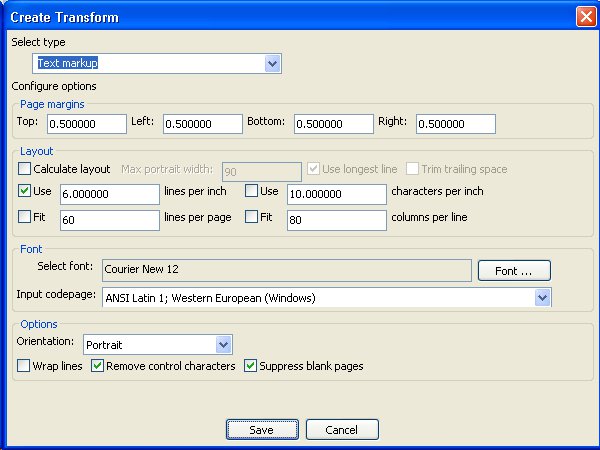 Let's say that you want to change "Courier New 12" to "Courier New 14". It doesn't matter what size you pick; it could be 8-point. You click the Font button and get the standard Windows font dialog: 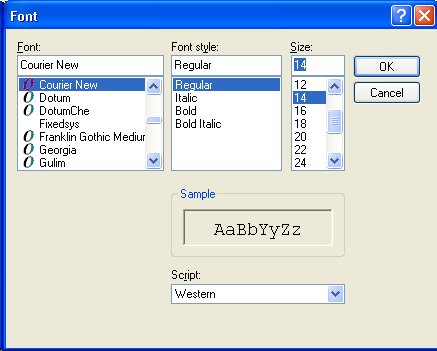 In the beginning, RPM was designed to reproduce a business system or mainframe report on a Windows printer. Many of these reports are designed for green-bar or line printers. They have consistent column width and number of lines per page. So, we optimized RPM text output for that use.

By contrast, most people using a word processor will pick a font size, let's say 12-point, then start typing. The number of lines per page is incidental.

Let's take a look now at how to fix the problem described above. 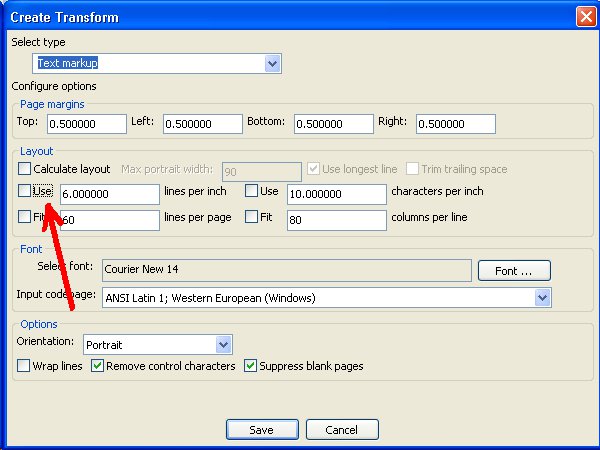 Text Markup without Lines per inch

Note the difference is that "Use lines per inch" is now off. It is on by default (see the first image). With that setting off, when RPM prints it will use the font size you selected in the Font dialog.

The logic of text sizing

The Text Markup portal has a description of how RPM uses lines per inch and characters per inch, including various combinations, to calculate the font size and determine how text is laid out on the page.